The Brian J. Gallagher Generating Station came online on April 9, 2010. This station should provide renewable electricity and dividends for this community for many decades.
Previous
Next

Former Commissioners of the Almonte Public Utilities Commissions and members of MRPC’s Board of Directors attend the official opening of the Brian J. Gallagher Generating Station on August 27, 2010.

The project involved expansion of the existing Almonte Generating Station to increase the maximum output from 2.4MW to 4.6MW. To do this, we harnessed the power of not only the middle falls in Almonte, but the Lower Falls as well. The old powerhouse and intake works were converted to an intake structure. The existing turbines and generators were removed and two 3-metre diameter penstocks were constructed linking the intake to the new powerhouse (the Brian J. Gallagher GS) which was constructed below the Lower Falls. The turbines were removed from the old sation, fitted with larger generators and re-installed in the new powerhouse.

This is a great example of Green Power. We increased generation output, using a renewable resource, which will help offset the need for other types of generation, including coal-fired (airborne pollutants) and nuclear (nuclear waste). We also have no storage capabilities, which means we are a run-of-river generating station, passing the water as it comes downstream.

Many towns in this part of the country can boast the same sort of history, but few can say that they’ve kept the tradition alive like Almonte and Mississippi Mills. What we’ve built on the Lower Falls is a tip of the cap to our forefathers and a valuable asset to our present-day and future residents.

Since 100% of the Shares in MRPC are owned by the Town, ALL of the profits from the company go directly to the Town, benefitting you (the residents), for years to come.

Do you have a question about the project? Send your question by email to: info@mississippiriverpower.com

Quote from the past:

“Moved by Mr. Cooke and seconded by Dr. Metcalfe and resolved: That while this Commission believes that the Bay development (Lower Falls Generating Station) scheme is the ideal one, it recommends that the Council take the necessary steps to proceed at once with the Bridge development (Middle Falls) as planned and estimated by Chas. Barber and Sons, since this development can be used later in the Bay development, should that be decided upon, with little loss through the change; and that a copy of this resolution be forwarded to the Town Council.”

Things have been quite busy for MRPC over the past few months, apologies for the lapse in updates.

A great deal has happened since the last update (obviously). The construction phase is essentially complete, with the exception of landscaping, installation of the green roof, and final building touches. 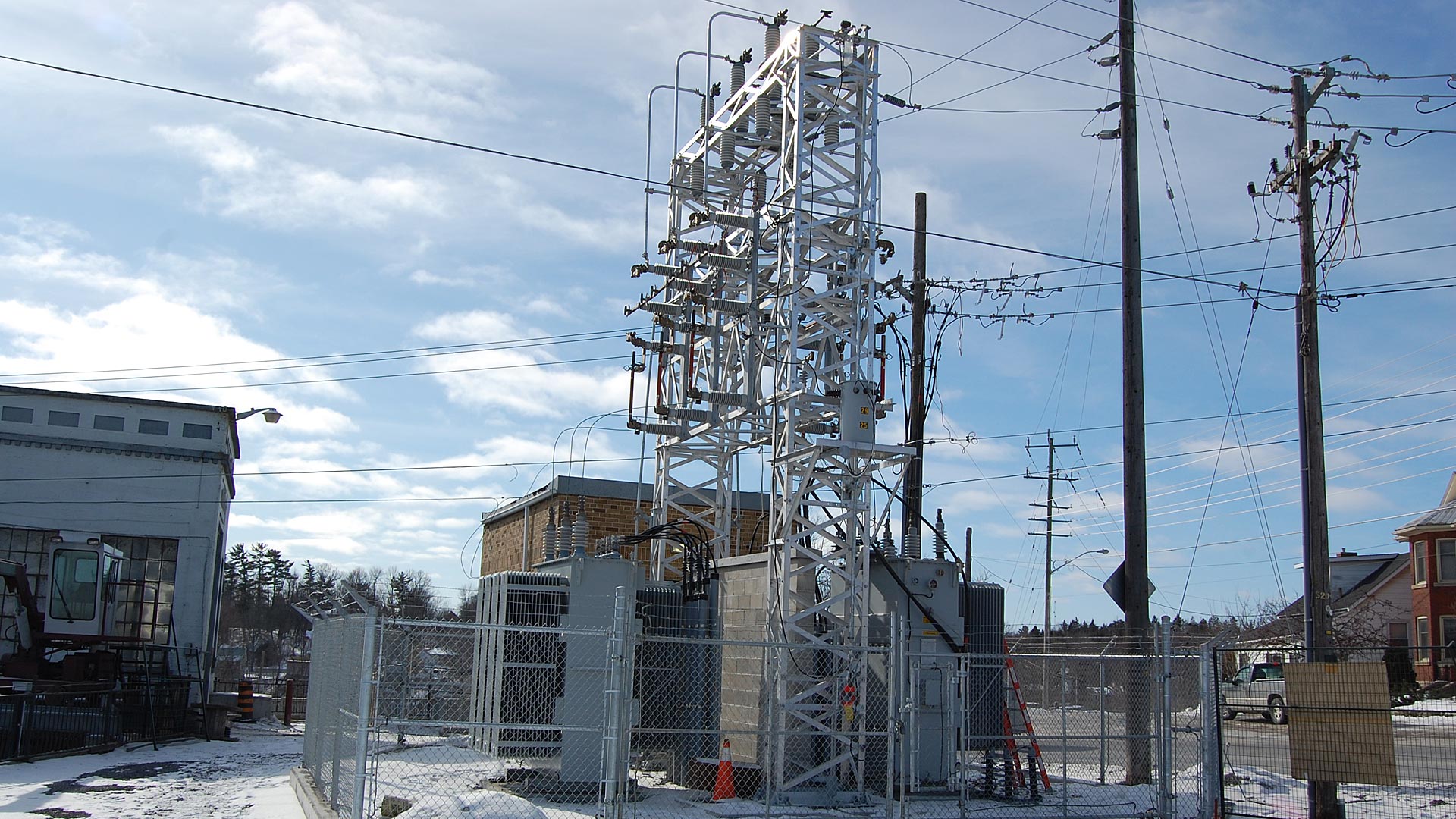 The upper site (transformer station) work is complete (with the exception of final site grading).
The interior of the new Generating Station has come a long way over the past four months. 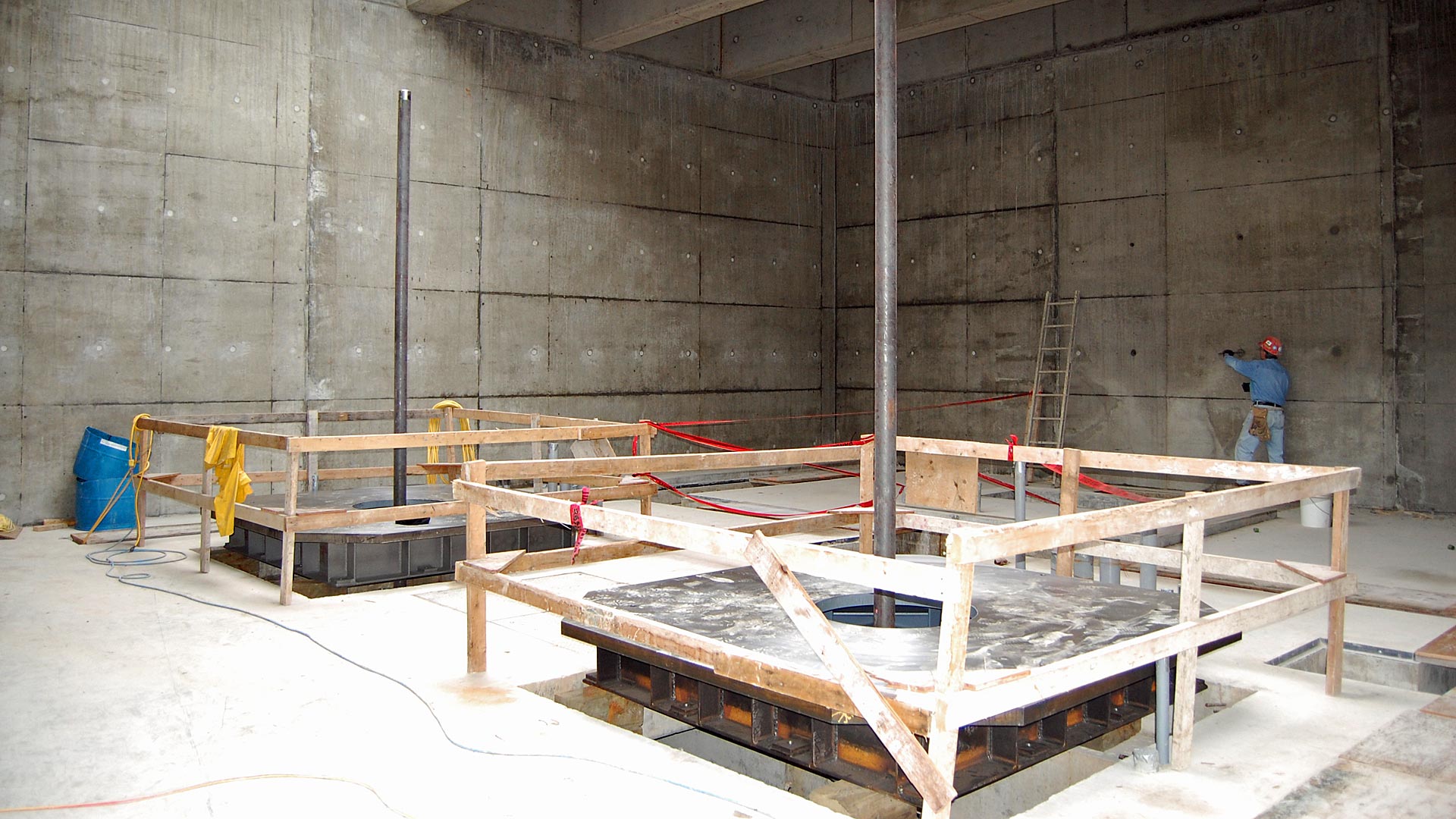 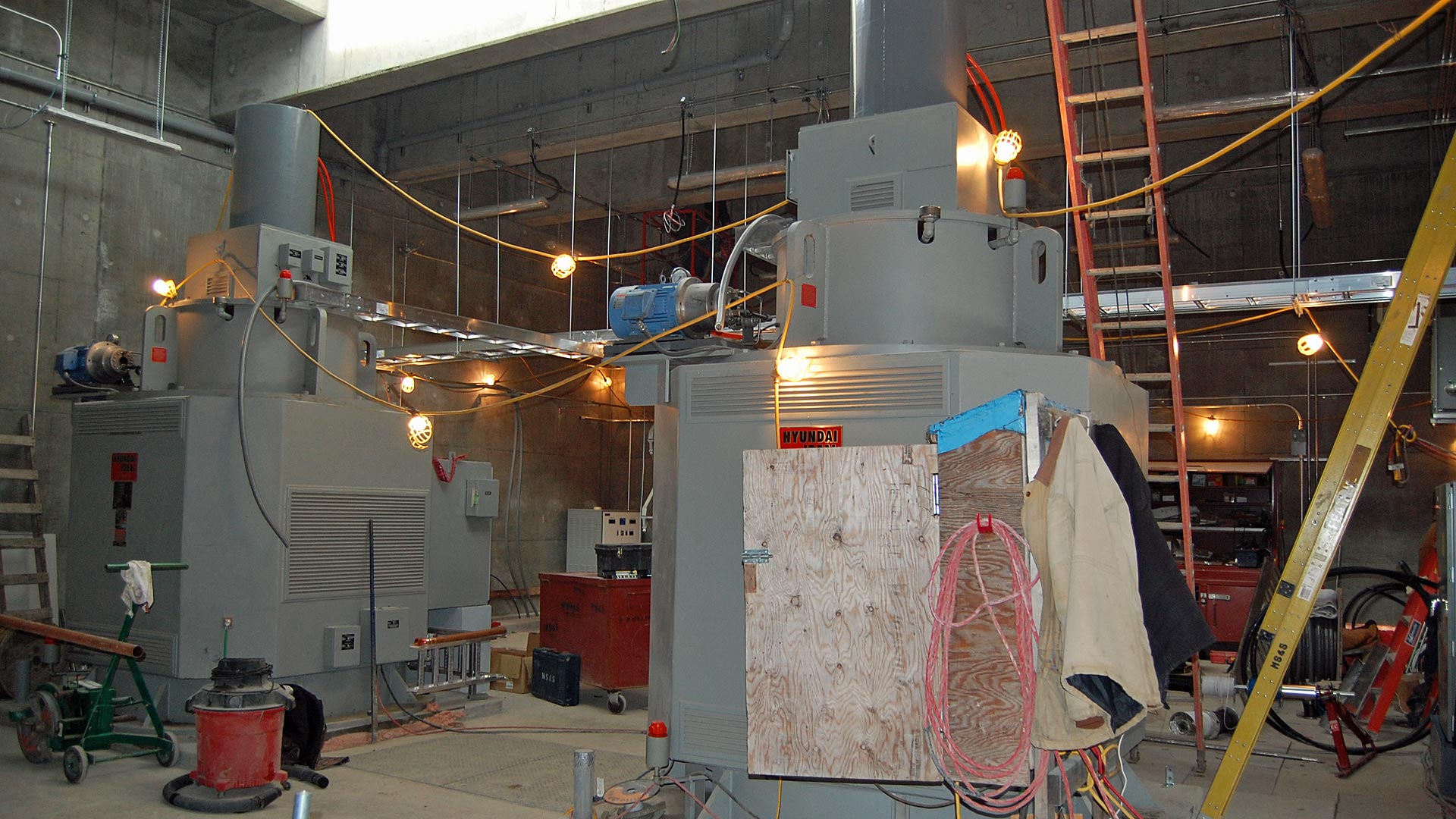 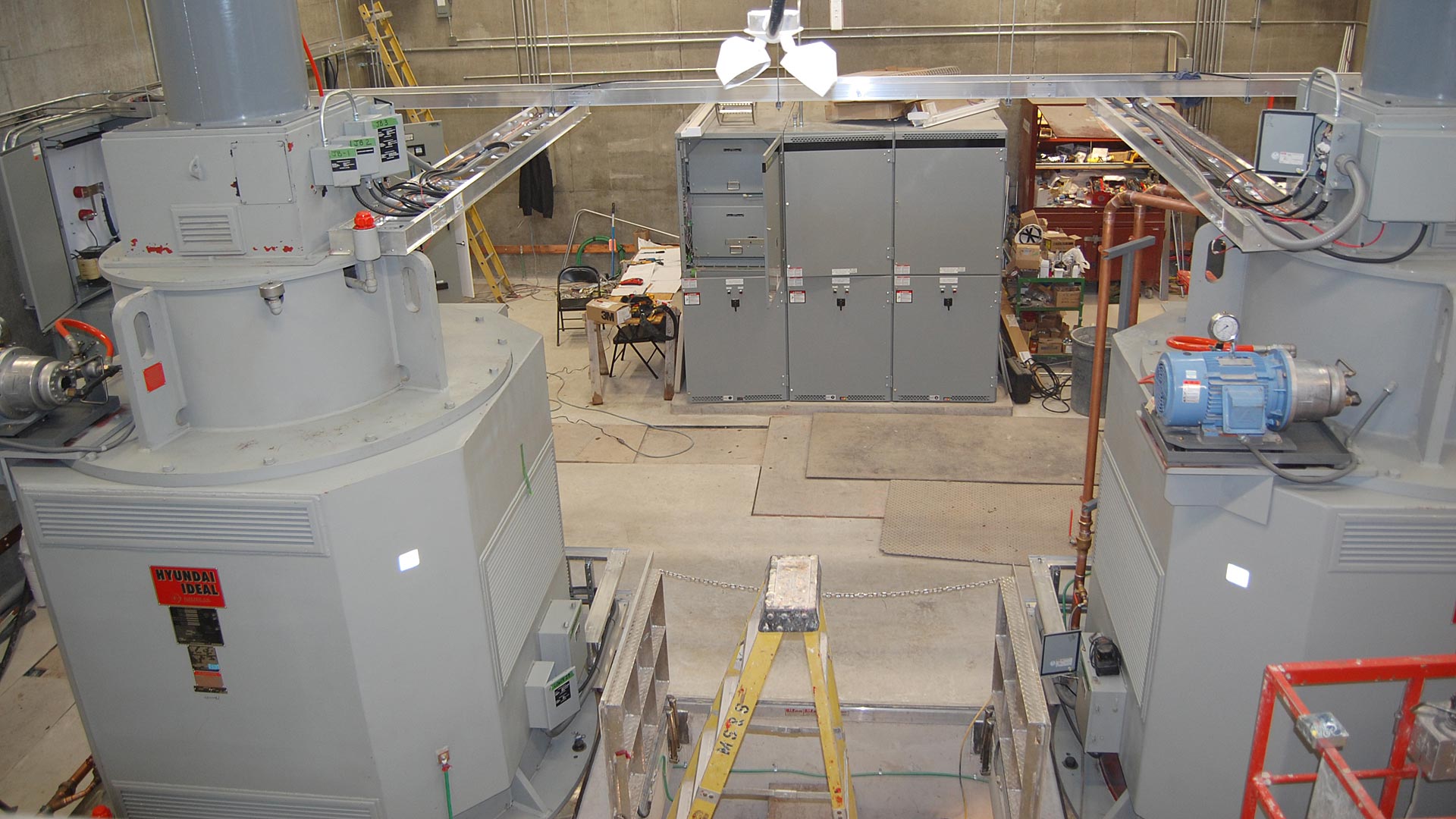 Testing of equipment has been ongoing since last week. Testing and commissioning will continue for the next little while. Depending on how well everything goes, we hope to be generating power before the end of March. 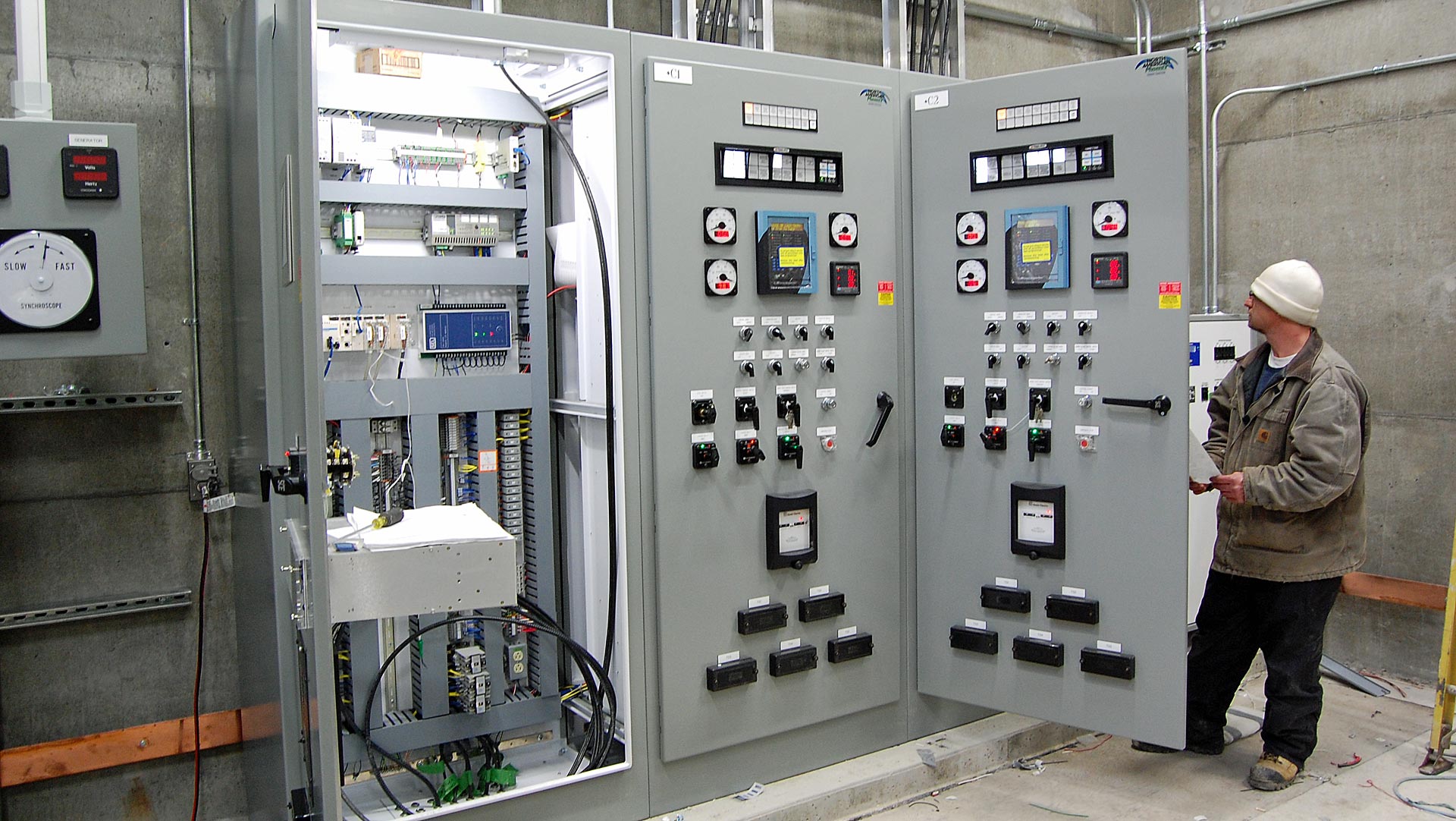 On November 17 both generators were installed in the new generating station.

Previous
Next
Over the past two weeks and continuing over the next few weeks, a great deal of work is happening at the upper site (by the old generating station/substation). A few weeks ago, the transformer, structure and fencing were removed from the site. Last week the site was excavated, to make room for the transformer pads, spill containment and grounding mat. Below we see progress on the forming for the transformer pads and installation of ductwork for electrical cabling. 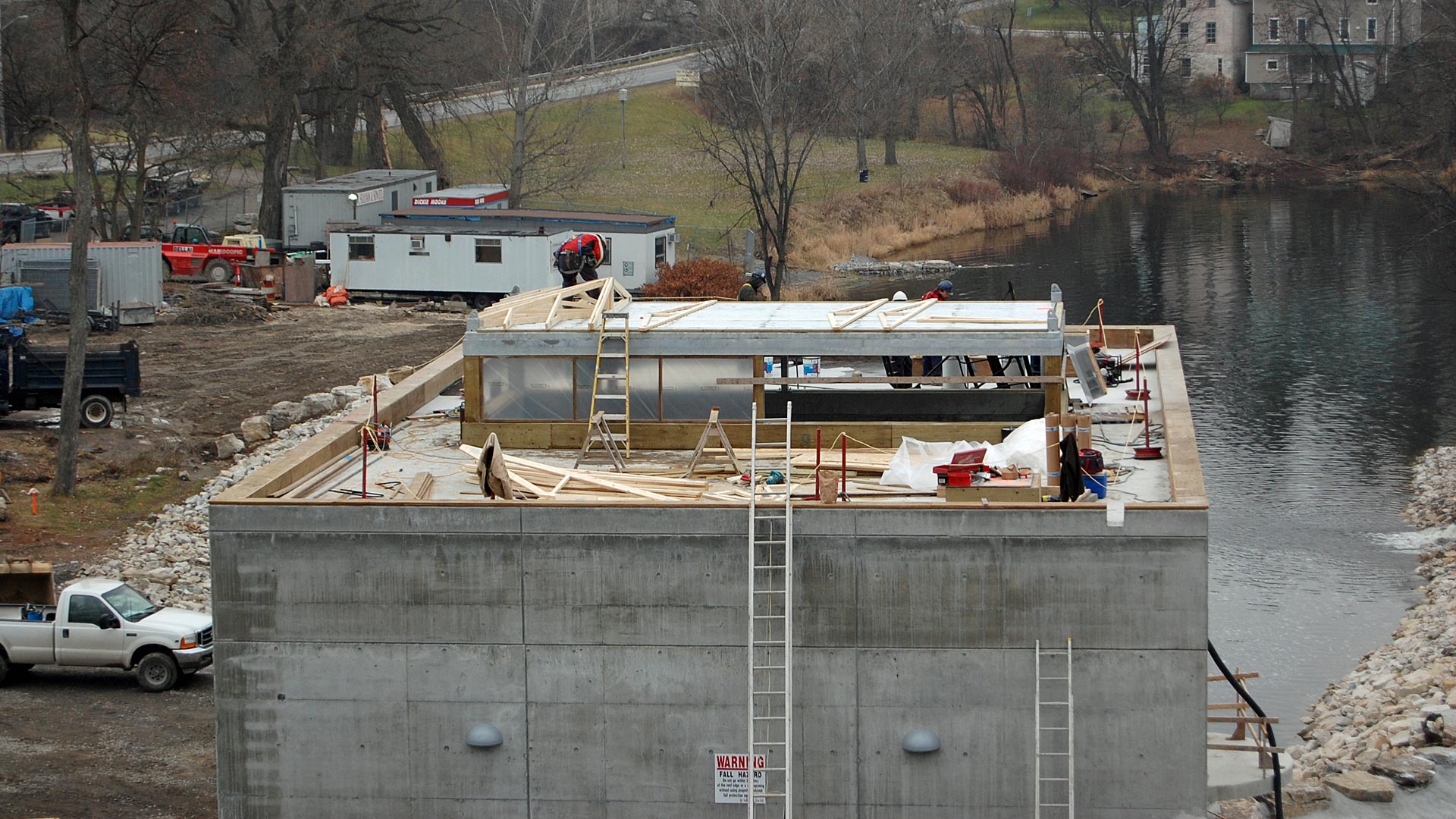 Work continues on the roof of the new building. Part of the building will be clad in stone from the site. Workers will begin putting that stone on the building tomorrow.

The view from the lower lookout, over the tailrace…

During excavation for the new generating station, a small corner of the foundation of an old mill had to be removed. After speaking with local historians and looking at some old photos, we determined that the remains were from the Canon Mill. It was decided to incorporate these remains into the design of the new station. The stones from the foundation are being used to face the side of the North retaining wall platform.