The old Almonte Generating Station was built by the Public Utilities Commission in 1925. In 1989-90, it was shut down for major rehabilitation. Not only was the intake widened and deepened, but in the end all of the old equipment was removed and replaced. The previous equipment and civil design generated 840 Kilowatts (enough for about 275 homes), while the new one was able to generate 2400 Kilowatts (enough for about 800 homes). The official re-opening of the plant took place on July 26, 1991. 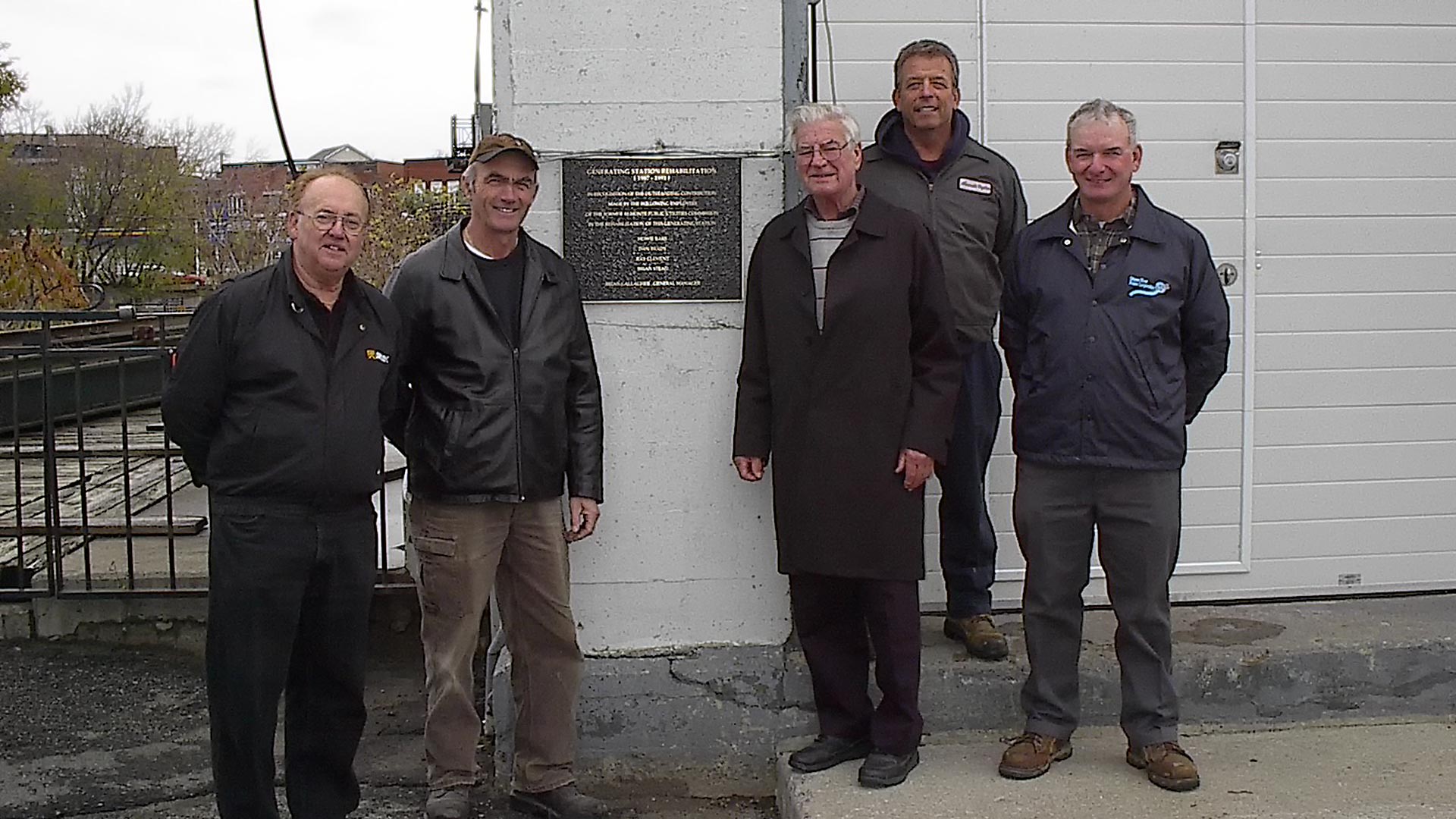 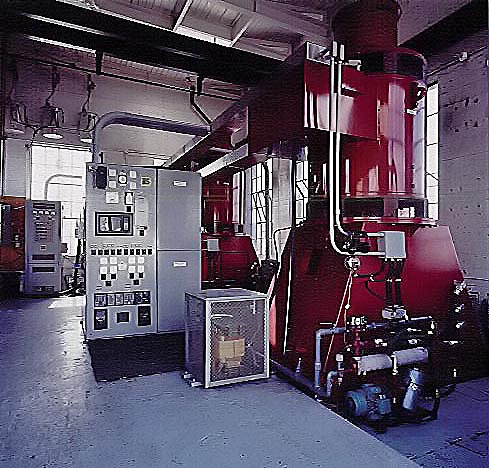 The Rehabilitation project was overseen by the Public Utilities Commission, made up of: J.L. Virgin, William G. Gomme, Lynden C. Somerton, Raymond Gorman and Mayors Dorothy Finner and Ron Pettem. Much of the work on the Rehabilitation project was done by the dedicated employees of Almonte Hydro (photo: from left to right – Ray Clement, Brian Gallagher (General Manager), Howie Barr, Dan Brady, Brian Stead).

The station operated on approximately 31 feet of head. Under normal, full operation, it passes 28.5 cubic metres of water per second. Over the final ten years of its’ operation, the average yearly generation was been approximately 12.3 million KWh.

On August 1, 2008, the station was shut down permanently in order to commence construction of the new station on the Lower Falls.

The new station, named the Brian J. Gallagher Generating Station (named after the former General Manager of Almonte Hydro who spent over 50 years with the company and was instrumental in the rehabilitation of the old station and the plans to construct the new lower falls station), came online on April 9, 2010, with a generating capacity of 4.6 Megawatts, nearly doubling the capacity of the old station. . Running the station are two 1700mm Kaplan turbines (re-used from the old station) and two 2300 Kilowatt generators. At full capacity the station uses about 36 cubic metres per second (cms) of water. We also send approximately 2.2 cms over the middle falls weir for aesthetic purposes. 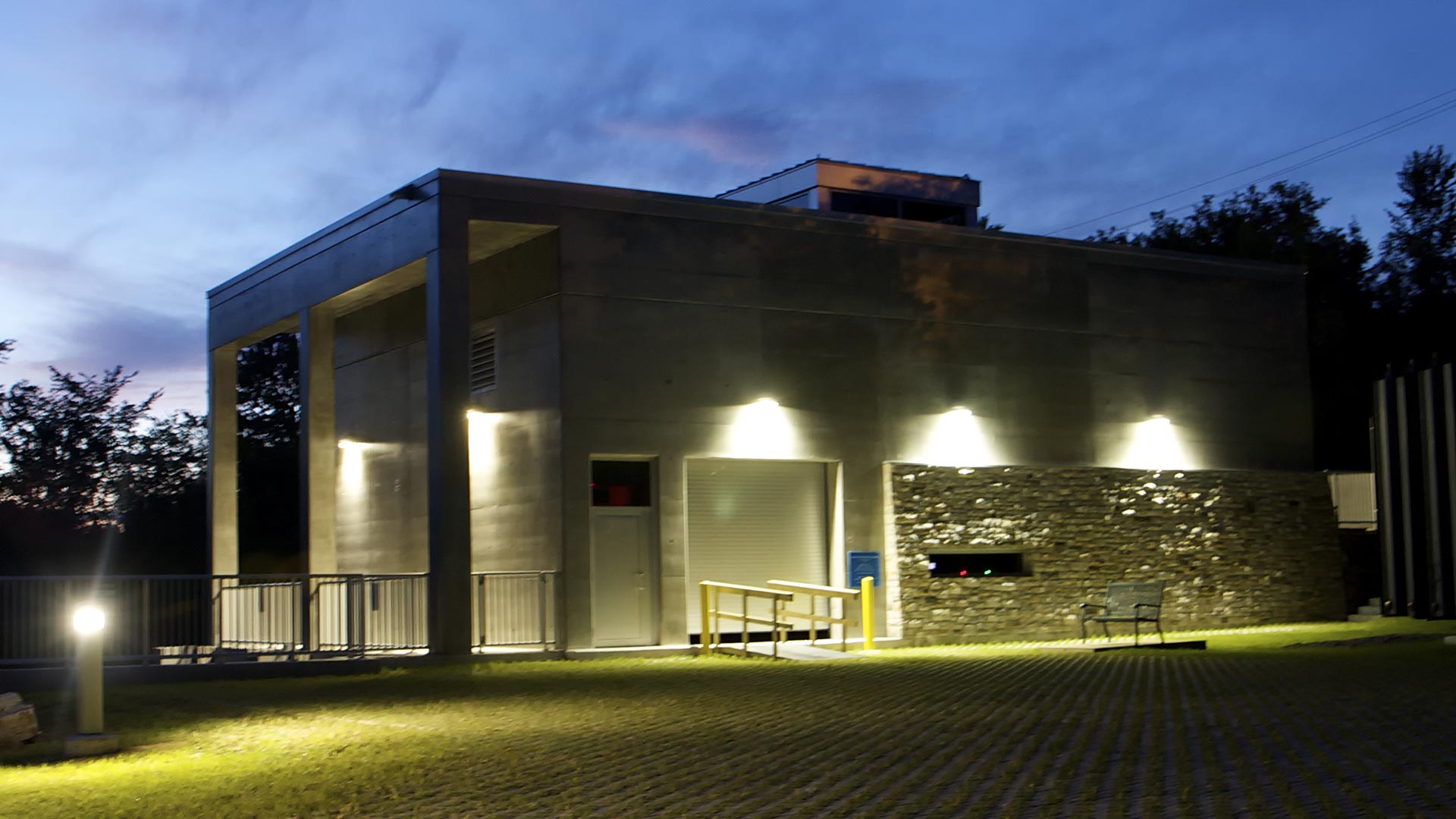